You are here: Home / Lifestyle / Living Safely / High Levels of Cesium Radiation Found In European Jam- Is The World Still At Risk Of Radiation Exposure From Chernobyl 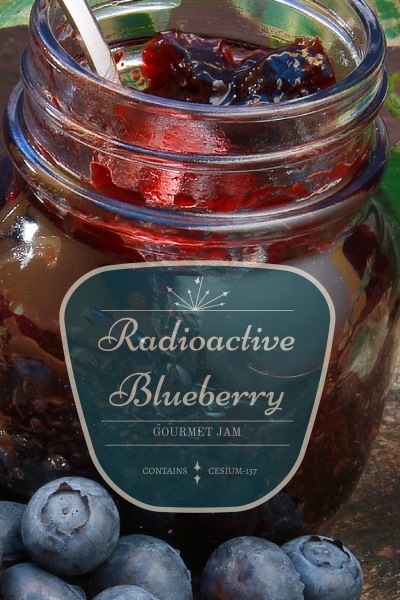 I have written about the issue of radiation contamination in the food chain caused by the accident in Fukushima Japan, yet there is another serious issue being swept discreetly under the rug and that is; radiation contamination affecting the food chain throughout parts of Europe, believed to be caused by the Chernobyl nuclear accident in 1986. Recently High Levels of Cesium Radiation Found In European Jam. Organic Blueberry jam!


Like so many other disasters caused at the hand of man, the consequences and ongoing contamination issues are all but forgotten by the general population, but they have by know means disappeared.

Radioactive fall-outs, such as those caused from both Chernobyl and Fukushima, is not something that simply dissipates within a few years. These types of radioactive accidents take literally hundreds of years to reduce to safe levels and the radiation bio-accumulates in plant and animal life.

The Issue With Radioactive Cesium-137 Found In Food.

Sadly in many cases, we are at the mercy of the government officials and what they deem to be allowable, “safe” exposure levels and what are not.

Take for example, Cesium-137, which  is a man-made isotope.  According to experts like Dr. Helen Caldicott and other independent scientists, when it comes to Cesium, THERE ARE NO SAFE EXPOSURE LEVELS.

Cesium-137 , excretes from the body very slowly, so even tiny amounts it can alter our cell structure and it is also accumulative in our bodies.  It does not cause immediate illness, but long-term damage to out health.  The more we ingest, say through eating contaminated jam on a regular basis, the more we have in our bodies and the greater the damage it does.

The trouble is also that different countries have different acceptable levels of allowance for Cesium-137 in food.

Japan seems to understand the dangers more, with the lowest acceptable levels -100 bq/kg

I looked on the FSANZ website here in Australia and I could not find any information at all on Cesium, so have no idea what Australia allows.

Organic Certification Does Not Mean Free From Radiation.

Even if like myself, you choose to eat organic certified produce, you are unfortunately not being protected.

I  did some extensive research and spoke to not only the ACO here in Australia, but I also corresponded with organic certification bodies in Europe and it seems, that while they all are doing a fantastic job in preserving the Eco-system and keeping our food free of pesticides and fungicides,  none of them have even thought about testing organic produce for radiation.

How this all came to light, is actually quite accidental.  In Japan food is now commonly being  independently tested for radiation since the Fukushima meltdown and somehow this very popular imported jam, was measured and the authorities notified.

The Japanese government recalled over 5000 jars of this jam and it turned out that it wasn’t Fukushima to blame, but the culprit was actually Chernobyl.  The organic blueberries used to make Fiordifrutta Organic Wild Blueberry Jam were harvested from Bulgaria, the neighbouring country to the Ukraine.

Even More European Jams With Cesium Have Since Turned Up.

Obviously alarm bells started ringing, as also in 2013, The Environmental Institute In Munich Germany started testing various other organic and gourmet, European jams and the results were anything but good. See report here at fukuleaks.org.

Some of the brands of jam tested were above the accepted limits of Cesium-137 ,  not that there really are any acceptable levels. See table of European jams tested for Cesium below.


Interestingly enough, I again did my own investigating and contacted IKEA re their blueberry jam that measured in at 5.8 (Bq/Kg) and I got these two official replies;

Thank you for your patience. Food safety is of highest importance to IKEA.

Our food specialists informed us that the IKEA SYLT BLÅBÄR contains blueberries are picked in the Swedish forests and according to Swedish Food safety authority Livsmedelsverket, there is no health risk related to radiation of berries from the Swedish forests.

The berries in the IKEA jams are certified according to the Swedish KRAV certification, which cater for the product being produced in an ecological manner with specific demands on health, animal welfare, social responsibility and climate impact. The KRAV certification also includes requirements that no berries are picked in areas in risk for radiation – this is tested prior to picking berries in new areas. As a precautionary measure, samples tests are made on the IKEA jams as well.

We hope you will find this information helpful.

Thank you for contacting IKEA Canada. Food safety is of highest importance to IKEA. The IKEA SYLT BLÅBÄR contains blueberries picked in the Swedish forests and according to Swedish Food safety authority Livsmedelsverket are there no health risk related to radiation of berries from the Swedish forests. The berries in the IKEA jams are certified according to the Swedish KRAV certification, which cater for the product being produced in an ecological manner with specific demands on health, animal welfare, social responsibility and climate impact. The KRAV certification also include requirements that no berries are picked in areas in risk for radiation – this is tested prior to picking berries in new areas. As a precautionary measure, samples tests are made on the IKEA jams.

Personally I have no idea how they can make this claim, when the official report below states the opposite.

So who to believe?

My advice do your best to eat locally grown Australian produce or at least food grown in the Southern Hemisphere. Obviously not all of Europe is contaminated, but there is really no way of knowing short of testing the produce. 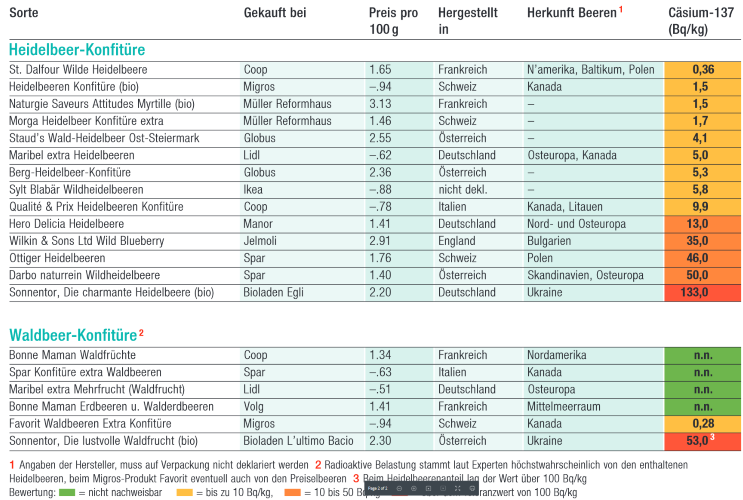 
You many also be interested in reading my articles

Sushi, Seaweed & Fukushima – The Danger Of Radiation – Should We Still Be Eating Japanese Seaweed Products

About EMF Exposure & How To Minimize EMF Radiation In Your Home

The Dangers Of Pesticides & Fungicides In Our Food. Why Organic Food Really is Healthier.